5 Places To Cycle To Around Bangalore

Bangalore, the IT capital of India, has something for everyone out there. With a report of 2012 stating that Bangalore is one of the most liveable cities in India along with a boom in the start-up world, Bangalore has been thriving with people from different walks of life.

The city is alive till late night, and there are innumerable malls, great eateries, some picturesque weekend destinations and yes great pubs for all the party people. But there are also some cool destinations for all the cycling enthusiasts out there. If you are new to the city, then it would be great if you could get in touch with one of these cycling communities. They organize frequent short tours in and around the city. With the Bangalore weather being pleasant all year these cycling trips are always rejuvenating.

Cycling Within the City Limits:

Cubbon Park which is officially known as the Raja Chamarajendra Park is located at the heart of the city. The park is accessible from MG Road, Kasturba Road, Ambedkar Veedhi Road, and Hudson Circle. The park is open at all times, and the motorable road within the park is closed between 5 to 8 pm for traffic, allowing morning walkers and cyclists a traffic-free happy space. Though early mornings during weekdays is good to enjoy few cycling rounds. The entire park is shut to traffic thus allowing cyclists a good time. In other words, Cubbon Park allows one of the best cycling routes that are available within the city! 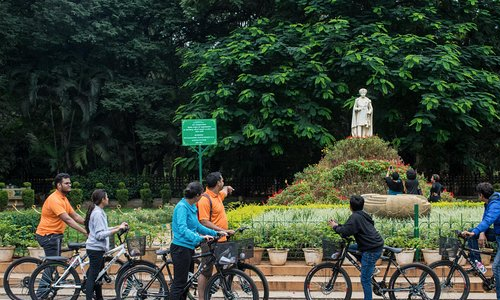 Another good 3.3-kilometer stretch which is totally loved by cycling enthusiasts is the Ulsoor or the Halasuru lake route. Located on the east of Bangalore it’s a well-maintained stretch. You can either cycle inside the lake premises or around it, either way, it’s one of the best cycling routes inside Bangalore.

Now moving to places on the outskirts of Bangalore:

Hesarghatta lake area located 27 km from Bangalore is one of the most sought-after areas for cyclists. To reach this area, you would need to take the Hesarghatta main road and yes do start early if you want to give a miss to the traffic. This area is good to go for high-speed cycling or a leisurely one where you can soak in the beauty of it. However, don’t expect paved roads and cycling wouldn’t be entirely easy. This area is thus best for intermediate or professional cyclists. Also, because this has vast areas of open fields its best to carry food and water with you. To reach Hessarghatta, head out of the city on NH4 in the junction where NH4 meets ORR, and you will come to the main road. From there ride towards Nrityagram, ask for direction if you get confused or just used google maps. Once you reach Nrityagram, you would find lots of open areas to cycle to your heart’s content. Because of the terrain and the mud roads, this would be best for adventure cycling. 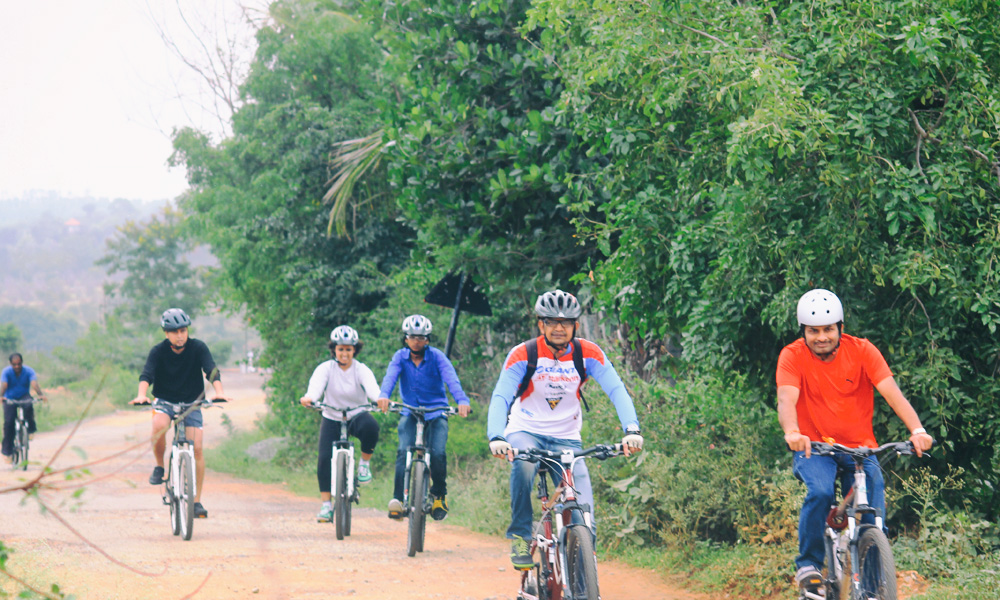 Another not to be missed place is the Turahalli forest area. This is just about 20 kilometers from Bangalore, off Kanakpura road and is loved by cyclists and nature lovers alike. One more reason to explore Turahalli is that it’s one of the few preserved forest areas near Bangalore. Vehicles are banned inside, and hence it’s a hotspot for cyclists. The terrain is quite rocky hence you need to be an expert cyclist to make the most of Turahalli. Apart from this you can even hike up the small hills in and around Turahalli and enjoy the breath-taking view of Bangalore city that it offers.

Nandi Hills one of the most well-known destinations for cyclists, bikers and even car lovers. Nandi Hills is known to offer beautiful sunrise and sunset views along with a long drive/ride experience. People throng Nandi hills to enjoy the scenic beauty that it offers, some picturesque locations for good photography sessions and small food joints offering mouth-watering delicacies. Apart from these Nandi Hills has even become a much-loved spot for serious cyclists. To reach Nandi Hills, you would need to maneuver around 40 curves and a very steep 8 km terrain! Also, don’t forget to wear protective gear like helmets during this cycling trip. But once there you can enjoy the light breeze as it’s around 4500 ft above sea level and go for a leisurely trip. Just in case all that are riding tires you out don’t hesitate to opt for a room in one of the resorts in Nandi Hills. Lastly, do carry a bottle of sunscreen as if you end up being up there till noon it’s going to get really hot. 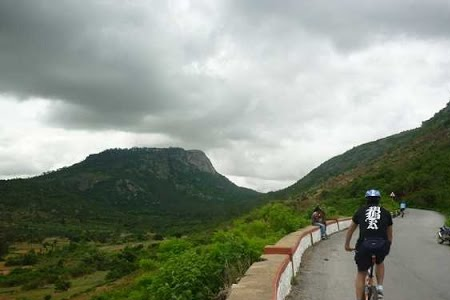 The Big Big-Banyan- Tree Loop is another adventurous cycling route that a cycling lover must not give up. This area offers a good 50km cycling stretch and would tire you out quite a bit. But then again if you love cycling, you would love this zone. Once you manage to get out of the traffic on Mysore road, you would need to take a slight deviation towards the right just after the Big Banyan Tree and ride towards Tavarekere. Once there you would be transported to a serene, tranquil world which is thus rightly named as the ‘Pensioner’s Paradise.’ This area, however, offers few short steep climbs and therefore it’s advisable to wear helmets while cycling. 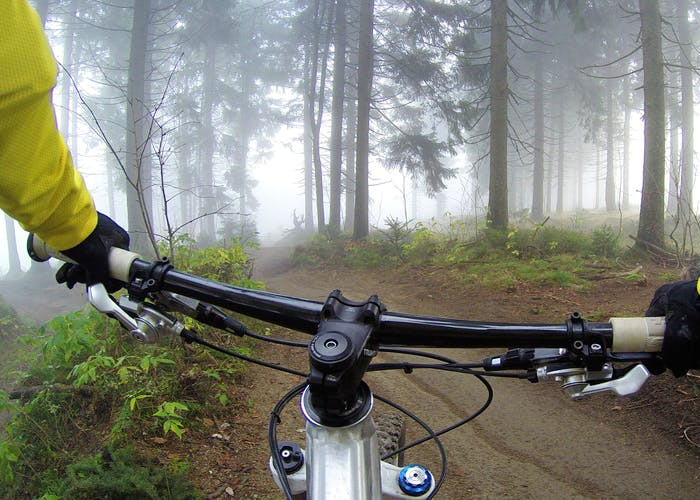 Cycling is a no doubt a thrilling experience and if you get the hang of it then nothing like some great cycling trips in and around Bangalore. They not only rejuvenate you and provides you with the must needed break, but you can even make new friends, meet different people and increase your social circle. So what are you waiting for go on grab your cycles and enjoy the adrenaline rush that Bangalore’s terrain offers!

10 Useful Tips to Prepare for a Trekking Trip

7 Must Do Adventure Activities In and Around Bangalore

5 Adventure Destinations You Can Visit Around Bangalore in Low Budget